#NACONCONNECT
HIGHLIGHTS OF THE 2021 EDITION


Lesquin, 6 July 2021 – NACON is delighted to share a summary of the many announcements made at NACON Connect, its online press conference broadcast today at 6pm BST / 7pm CEST. 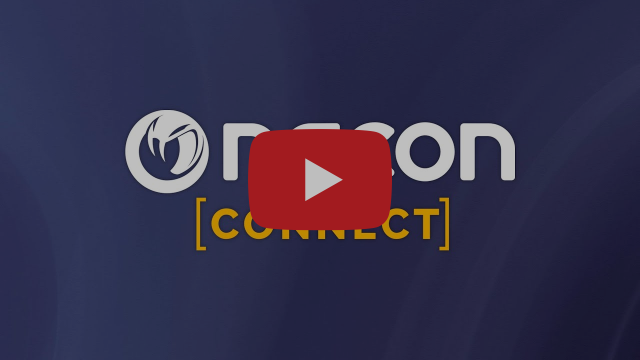 The NACON and RIG accessory teams were obviously there as well. They gave an exclusive first look at a range of new products that owners of Xbox One, Xbox Series X|S, PC and PlayStation®5 will love.

Through some 20 trailers and brand-new content, along with appearances from special guests like Sébastien Loeb (WRC 10), The Bloody Beetroots (RiMS Racing) and professional skateboarder Daewon Song (Session.), NACON presented a catalogue offering an unprecedented variety of experiences from a video game publisher.

By placing gamers at the core of its strategy, NACON is aiming to delight the most passionate among them. Whether they are fans of racing, sport, roguelikes, action-adventure or simulators, this new edition of NACON Connect provides plenty of excitement.

Descend into the darkness of Vampire: The Masquerade – Swansong

Galeb, one of the three playable characters in Vampire: The Masquerade – Swansong (Big Bad Wolf), is a 300-year-old vampire. Just and unsentimental, Galeb plays a central role in the events that are impacting the Camarilla, the secret society that most vampires belong to. Watch the video.

Return to Middle-earth with The Lord of the Rings™: Gollum™

Daedalic Entertainment has unveiled a new developer’s interview for The Lord of the Rings: Gollum during which Producer Harald Riegler introduces characters and environments Gollum encounters on his journey. In this stealth-action adventure, players take on the role of the iconic character to win back his Precious lost ring. Torn between two personalities, it is up to you to decide whether the darker side of Gollum takes over or if there is a spark of reason left in what once was Sméagol… Watch the video.

Steelrising, an alternate version of the French Revolution

Introduced by Jehanne Rousseau, Founder and Creative Director of the development studio Spiders, Steelrising gave us a first look at its combat gameplay, which is a core part of the experience. In this action-adventure game set in an alternate 18th-century Paris, the combat will be challenging and any error in judgement could be fatal. Watch the video.

Blood Bowl 3: are you ready to score touchdowns?

Funnier, bloodier and more spectacular than ever, Blood Bowl 3 introduced its Campaign mode through an interview with Yoann Drulhe, Lead Cinematic Artist at Cyanide. Blood Bowl 3 will be released on PC and consoles in February 2022. Watch the video.

You play as Alex Murphy aka RoboCop™ – part man, part machine, all cop – in this first-person shooter. Development studio Teyon is creating an original story in the franchise's universe, in which your mission will be to protect the city of Detroit. Watch the video.

Following a highly successful launch on 17 June, new content is already on the horizon for Roguebook. The first free update will soon be available for the roguelike deckbuilder developed by Abrakam and co-designed by Richard Garfield, creator of Magic: The Gathering™. Watch the video.

Ad Infinitum: can you survive the unexpected horrors of the war?

NACON is working with the German studio Hekate, the developers behind Ad Infinitum, a new story-driven horror game franchise. Descend into the nightmares of a First World War soldier in this first trailer, which conveys the game's unique atmosphere. Watch the video.

Rogue Lords: the Devil is coming in September

More details about Rogue Lords (Cyanide, Leikir Studio), the diabolical roguelike where cheating is part of the game, were revealed in a new gameplay trailer, along with its PC release date: 30 September. Watch the video.

The creators of Zeno Clash return with Clash: Artifacts of Chaos

Introducing Clash: Artifacts of Chaos, a game announced at NACON Connect and developed by ACE Team, a talented Chilean studio. Explore the unique world of Zenozoik and defeat the best warriors while respecting the strange rules of the Ritual. Watch the video.

Awarded Skater of the Year in 2006 by Thrasher Magazine and inducted into the Skateboarding Hall of Fame in 2017, it was an honour to watch Daewon Song introduce Session., the skateboarding game from crea-ature Studios Inc. that sets a new standard for the genre. It was also a chance to announce a new update, available in early access today on Steam, Xbox Series X|S and Xbox One. Watch the video.

NACON and Eko Software showed the first trailer for Rugby 22, which is planned for release in January 2022. Watch the video.

The Bloody Beetroots – Original music for the RiMS Racing soundtrack

To present RiMS Racing from RaceWard development studio, the microphone was handed over to Sir Bob Cornelius Rifo from the group The Bloody Beetroots, who announced his contribution to the game's original soundtrack and the opening of preorders on consoles and PC. Watch the video.

Nine-time world WRC champion Sébastien Loeb was the prestigious ambassador for WRC 10 (KT Racing) during the conference.  NACON was delighted to welcome him as a special guest to discuss the new edition, which is celebrating 50 years of the FIA World Rally Championship. Watch the video.

There was a gripping new cinematic trailer for Test Drive Unlimited Solar Crown, which revealed the setting that the many fans of the iconic franchise will be able to explore: Hong Kong. An interview with Amaury Beyris and Alain Jarniou, Game Director and Creative Director at KT Racing respectively, revealed more details about some of the game's features. Watch the video.

NACON revisits the "life simulator" genre with the LIFE range

Yannick Allaert, Head of Accessories at NACON, revisited some of this year's highlights. He also unveiled some new projects currently under development, including new official accessories for Xbox and PlayStation®5 consoles. Watch the video.
The MG-X and MG-X PRO smartphone controllers have been specially designed to provide the ultimate experience for Xbox Game Pass Ultimate subscribers. The MG-X series is compatible with all Android smartphones up to 6.7 inches and will arrive in Europe and North America in fall 2021.
The Revolution X premium controller benefits from NACON's extensive expertise in terms of features, comfort and customisation. On Xbox Series X|S, Xbox One and PC, the Revolution X includes a wide range of manual and software customisation options, as well as Dolby Atmos for Headphones support. Arriving in fall 2021, the Revolution X will offer competitive gamers a new standard in terms of performance. Watch the video.
At NACON Connect, the RIG teams were excited to give an exclusive first look at their new audio peripherals for the PlayStation®5. With two new headsets, the RIG 500 PRO HS GEN 2 and RIG 400 HS, PlayStation®5 owners can now enjoy the same unrivalled audio quality and comfort behind RIG's global success. More details will be shared very soon.
RIG is adding an officially licensed streaming microphone for PlayStation®5 to its range of products. Currently under development, the RIG 200 HS Steam Mic boasts a metallic finish and technology specifically adapted to recording and streaming voice on PlayStation®5.
To finish, Yannick Allaert and all NACON teams are very proud to announce the forthcoming release of a new officially licensed Daija Arcade Stick for PlayStation®5. Already available for PS4™, this arcade stick, which was developed in collaboration with professional gamer Marie-Laure ‘Kayane’ Norindr, won praise from legions of players for its ergonomics and SANWA components. NACON intends to repeat this success with a new and improved PS5™ version.

About NACON
NACON is a company of the BIGBEN Group founded in 2019 to optimize its know-how through strong synergies in the video game market. By bringing together its 11 development studios, the publishing of AA video games, the design and distribution of premium gaming devices, NACON focuses 20 years of expertise at the service of players. This new unified business unit strengthens NACON's position in the market and enables it to innovate by creating new unique competitive advantages. https://corporate.nacongaming.com/