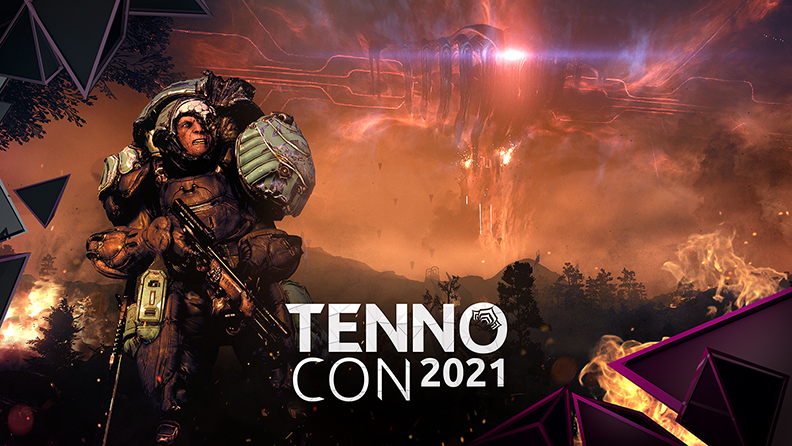 LONDON, Ontario – July 23, 2021 –  Digital Extremes’ (DE) sixth annual TennoCon -- a community celebration of all things Warframe -- shattered multiple community and franchise records and achieved all-time high engagement from players around the world as they joined together on Twitch and in Warframe for an interactive preview event of The New War content expansion, arriving 2021. Warframe players set a new in-game peak concurrency record for the franchise during the TennoLive Relay event, with hundreds of thousands of global players simultaneously sharing an experience together, and propelled Warframe into Steam’s Top-Ten Highest Ever Peak Concurrency for a free-to-play game on the platform.  Additionally, on Twitch, player excitement for The New War preview drove so much viewership, Warframe is now the only game in Twitch's Top-Five Highest Peak Concurrent Viewer Streams of 2021, establishing a new livestream best for the Canadian developer and publisher, as the all-time most viewed TennoCon in franchise history.

TennoCon 2021’s penultimate moments took Warframe down a historical path during TennoLive, the conventions flagship keynote, where an in-game Relay event destroyed former concurrent player records to set a new all-time high record. Warframe secured the #1 chart position on Twitch for the day and reached the Top-Ten Global Twitter Trending category. The live broadcast featured a highly anticipated gameplay world reveal of upcoming content from Warframe’s The New War expansion in a 30 minute live demo, drawing more than 540,000 concurrent viewers and making it the most watched Warframe stream of all-time. Warframe is currently the only Twitch Video Game Channel to achieve placement on Twitch’s Top-Five Highest Concurrent Viewership Streams of 2021.

“This is the biggest thing we’ve done, by a lot… and I’m super excited to do a live demo,” Steve Sinclair, Creative Director at Digital Extremes, commented during the live broadcast.

Additionally, a work-in-progress functional demo of Cross Play, Cross Save, and Warframe on mobile was showcased.  Release dates to be revealed at a later time.

“TennoCon is about Warframe players... an accepting, supportive and inclusive community.  They are the reason we have such a fun, cooperative game to play online with friends.  This year, the community achieved all-new heights and we couldn’t be more appreciative of their support,” said Rebecca Ford, Live Operations and Community Director at DE. “We put passion and energy into creating a memorable reveal of The New War for players and we couldn’t be happier to see that this really is what brings Tenno together. They want to know what comes next in our story.”

In addition to the large number of reveals, Warframe players also received a significant amount of exclusive in-game rewards for tuning in, access to limited-time bonus events, and other in-game activities. For TennoCon 2021, DE partnered with Unity Project of London, Ontario

and featured a live viewer donation component as part of its broadcast to help generate funds for the organization which specializes in providing emergency shelter, supportive housing, and stability supports where people are struggling to escape and avoid homelessness.

To keep up with the latest updates, be sure to follow Warframe on Twitch, YouTube, Twitter, Facebook, and Instagram or visit www.warframe.com. Warframe is available free-to-play on  PC (Steam, Epic Games Store) and on PlayStation®4, PlayStation®5, Xbox Series X|S, Xbox One and Nintendo™ Switch.

Founded in 1993 by James Schmalz, Digital Extremes ranks as one of the world's top independent video game development studios. Originating with the co-creation of Epic Games' multi-million unit selling Unreal® franchise including Unreal and Unreal Tournament, Digital Extremes went on to develop Dark Sector®, BioShock® for the PlayStation®3, the BioShock 2 multiplayer campaign, and The Darkness® II. The studio reached critical and commercial success with the free-to-play action game, Warframe®, supporting a global community of 60+ million registered players across all major core gaming platforms. For more information about Digital Extremes, visit www.digitalextremes.com.